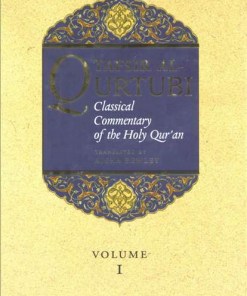 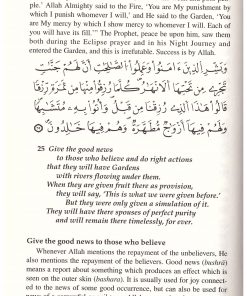 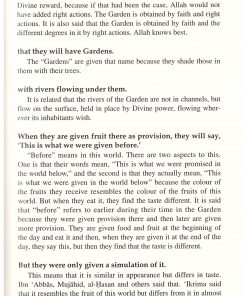 THE PUBLICATION OF THIS VOLUME represents a significant land mark in the history of Islamic literature in English. There has until now been a dearth of translations of classical tafsir literature into English. With the first volume of this abridged translation of Imam al-Qurtubi’s al-jami’ li-ahkam al- Qur’an (‘The Compendium of Legal Rulings of the Qur’an”) an important step has been taken towards remedying this situation. It gives English-speaking readers access to one of the great classical commentaries, containing a wealth of authoritativeï¿½ traditional exposition of the Sacred Text. Comprehensive interpretation of the Holy Qur’an requires consideration of every aspect – spiritual, legal, linguistic, social, and others. While his Tafsir r covers them all, imam al-Qurtubi was especially concerned to bring out the legal implications of the Qur’anic text, and his work emphasises the practical applications of the Revelation. This gives it particular relevance to those Interested in learning how the Qur’an informs the daily life of the Muslims. on both the individual and the communal level. The author also explains the diversity of the Various readings (qira’at) and explores the alternative interpretationsï that can be derived from them.

Imam Abu ‘Abdullah Muhammad ibn Ahmad ibn Abu Bakr al-Ansari al-Qurtubi, was born in Cordoba, Spain, at the summlt of Its greatï period of Islamic civilisation. He was an eminent Maliki scholarï who specialised in fiqhï¿½ and Hadith. The breadth and depth of his scholarship are evident in his writings. The most famous of then is his twenty-volume tasfir al Jami’ li-ahkam al-Qar’an, the first three volumes of which are covered by this publication. Imam al-Qirtubi was a man of great modesty who disdained worldly honours and throughout his life wore the simple gown and cap of the ordinary Muslin. He traveled from Spain to the East and settled in Munyaï Abi’l-Khusavb. in Upper Egypt. whereï¿½ he died in 671H/ 1273

The Tranlator : Aisha Abdurrahman at Tarjumana Bewleyis one todayï¿½s most prolific translators of classical Arabic work into English. Aisha Bewley not only understands Arabic but she is also aware of the basic meanings and nature of teachings and history of Islam. Her knowledge is born of experience and direct transmission, not merely academic theory and learning by rote. For more than twenty-five years she has been concerned with making the contents of many classical works in Arabic more Accessible to English-speaking readers for the first time, including Ash-Shifa of Qadi Iyad

She is co-translator of Qur’an. Other works include Muwatta of Imam Malik , Men of Madina & Women of Madina of Ibn Sa’d and she has also written a number of books. .

Be the first to review “Tafsir al qurtubi” Cancel reply

Towards understanding the Qur’an 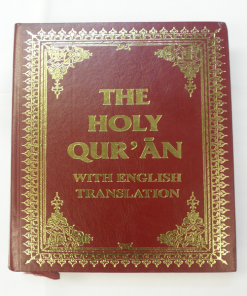 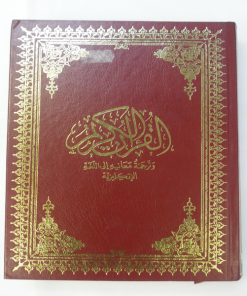 The holy Qur’an with english translation 2 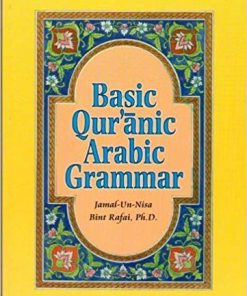 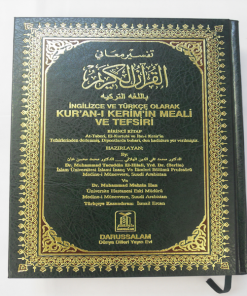 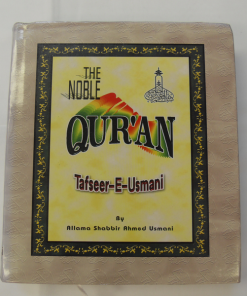 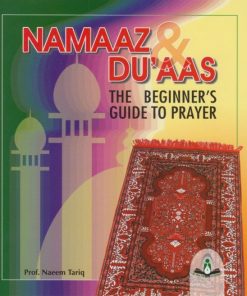 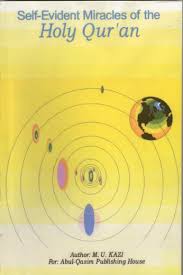 Self-Evident Miracles of the Holy Qur’an 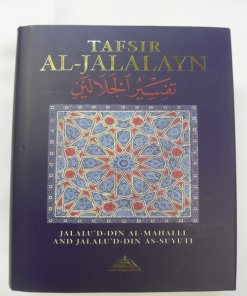 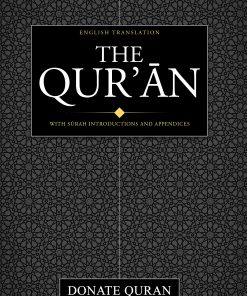 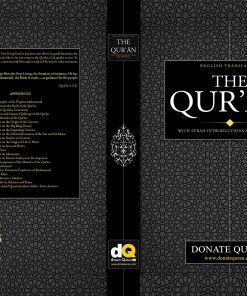 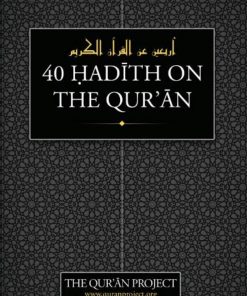 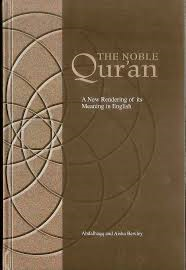 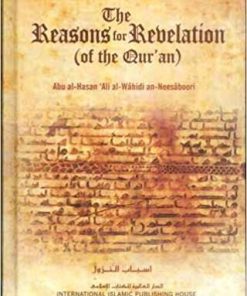 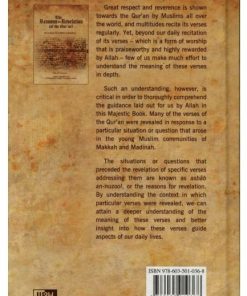 The Reasons for Revelation (of the Qur’an)